This report just in from Paul:

I have just got back from my trip to the Jugal Himal with Tim Miller and just wanted to share a few pictures of the route we climbed. Our objective was an unnamed and apparently unclimbed peak marked 6563m on the map. We have taken to calling the peak Jugal Spire. The north face forms a huge sweep of granite with one potential line of weakness that we climbed over an eight day period with five days spent on the face. The route was hard with thin ice and mixed climbing, with enough blank sections to keep us guessing all the way up. The route itself shouldn’t really be there, as its no place for an ice route. However after many hours of studying the wall we managed to piece together an almost continuous line of snow and ice. One noticeable problem was a  blank piece of rock in the centre of the wall, however, when we got there we found a hidden squeeze chimney (more than a squeeze for me!) that climbed inside the rock for about three pitches making the whole thing possible. The chimney was a sack hauling nightmare. We have called the route The Phantom Line (ED+) due to its ability to appear and disappear when viewed under different light and weather conditions. Descent was straight down the south face.
Cheers
Paul 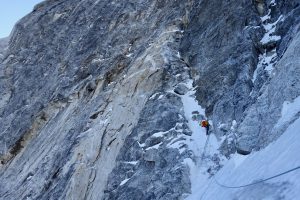 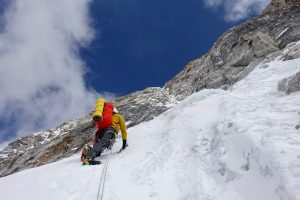 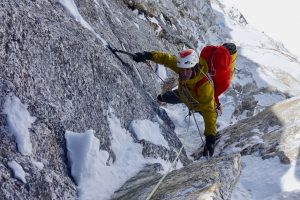 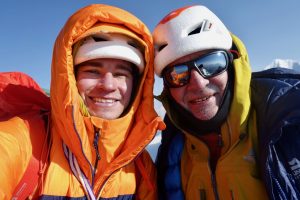 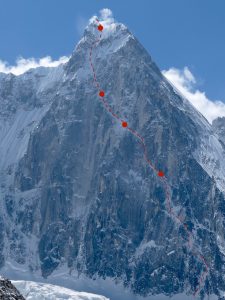 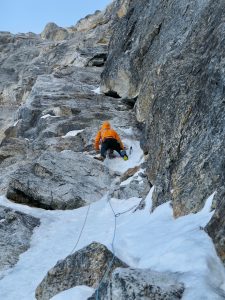 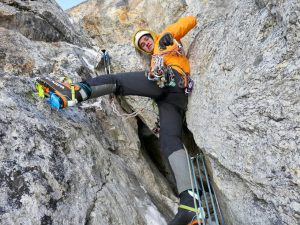 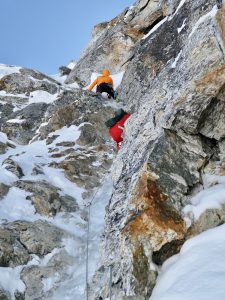